Love: Not everything is written in the Stars 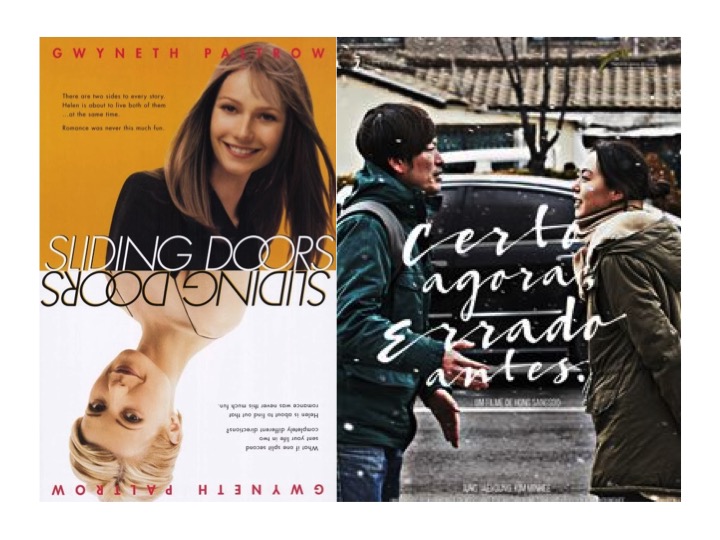 The film “From Affair to Chance” (1998) tells us two versions of the story of Helen, an executive (Gwyneth Paltrow) who was fired and runs off to catch the train. In the first version, she manages to take the train, arrives home early, but finds her boyfriend (John Lynch) in bed with another woman. In the second version, she misses the train, is mugged, and arrives home after the woman has left. No more spoiler 😉

The film “Right Now, Wrong Before” (2015, showing in São Paulo) also presents us with two versions of the story of Yoon (Min-hee Kim), an aspiring plastic artist who meets a film director (Ham, Jung Jae- young) and end up spending the day together. The differences lie in their lines and how they alter the course of the relationship. In the first version, Ham offers to carry his bag, takes a peek and Yoon doesn’t comment. In the second version, when Ham peeks into the bag, Yoon asks what he’s looking at. This is just an example of modifying dialogs.

Unlike the determinism that Peter Howitt introduces to us in “From Affair to Chance”, Sang-soo Hong advocates for free will in love (Collin, 2015). “Right Now, Wrong Before” shows how our posture can influence the perception, emotion, and behavior of others. For Director Hong, not everything is written in the stars.