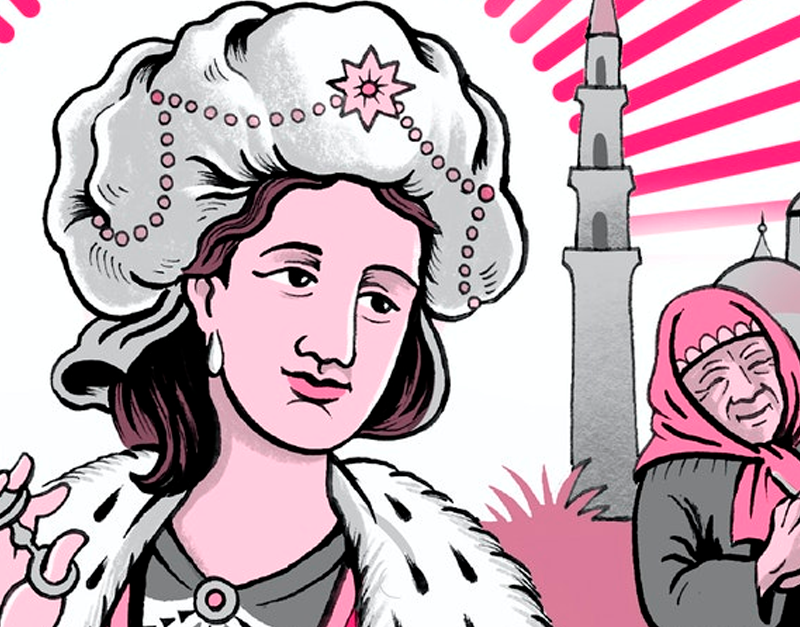 Lady Mary was not an inventor, but an innovative force in the history of the vaccine.

Motivated by the fear of losing her son, the pain of losing a brother (1714), and the damage of smallpox to her own skin, Lady Mary was responsible for persuading English society to accept procedures that, until then, were considered stupid or witchcraft, performed by ignorant and illiterate women in the then Constantinople of the Ottoman Empire.

Mary Wortley Montagu with her son Edward, by Jean-Baptiste van Mour – via Wikipedia

The procedure was created by the Chinese and consisted of removing pus from the wounds of smallpox patients. And then mixed with someone else’s blood. For that, it was necessary to make a deliberate cut in the skin. It took courage, there was a 1% to 2% risk of death, but this inoculation reduced an even greater risk, 30% of dying if infected with smallpox.